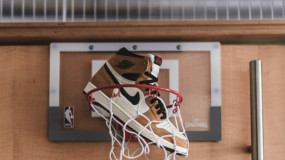 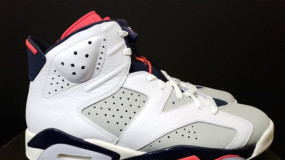 The Air Jordan 6 Tinker is based on the original sketches that Tinker Hatfield made for the OG White Infrared and sports a never-before-seen colorway that didn’t make it past the early ’90s concept stages. White and grey make up the majority of the shoe while color accents appear on the midsole, tongue and heel [...] 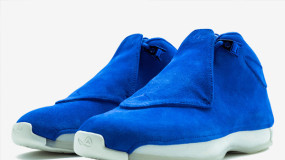 Inspired by Michael Jordan’s love for sports cars, the Air Jordan 18 was the final shoe he wore on the court during his final season with the Washington Wizards. Known for its large lace shroud and semi-translucent midsole, the 18’s unique design is still striking to this day and next week the brand will release [...] 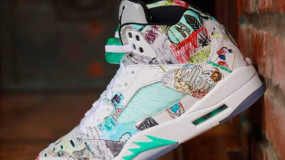 The Air Jordan 5 Wings are inspired by Michael Jordan’s legacy of greatness and commitment to education. Michael Jordan credits his teachers and educators with helping him achieve the confidence and level of greatness that aided him in becoming the greatest basketball player of all time. To give back, MJ started the WINGS Scholarship Program [...] 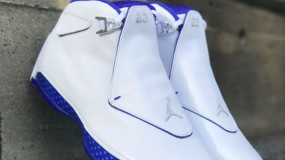 The Air Jordan 18 Sport Royal was the last Air Jordan that Michael Jordan wore in an NBA game back in Philadelphia in 2003 and it’s finally coming back again this year. The sneaker a mostly white leather upper with Sport Royal and metallic silver detailing and is made of premium leather. Its’ most distinguishing [...] 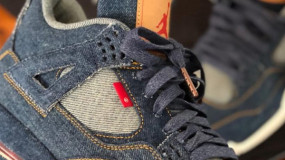 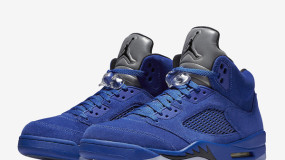 The Air Jordan 5 Blue Suede is a brand new look of Michael Jordan’s 5th signature shoe. The new look comes with a suede upper done in a Royal Blue colorway. The Royal Blue hues can be seen on the midsole, netting, laces and eyelets. Adding contrast to the shoe is the Black on the [...] 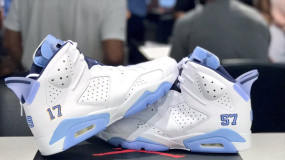 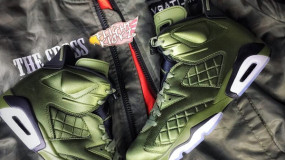 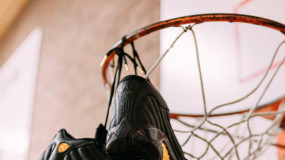