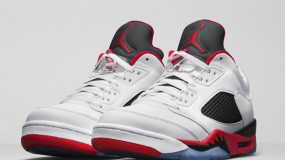 Set to release this Saturday is one of our favorite colorways of the Air Jordan 5 Low. The ‘Fire Red’ has the white leather construction with black tongue and white jumpman logos in the center. There is a cool black mesh cutout on the sides that will make this pair even more stylish than the [...] 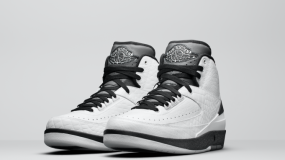 The most recent Air Jordan 2 released today. They are calling it the ‘Wing It’ edition. It is believed it will be part of the ‘poster collection’ to release this year. This Air Jordan 2, is inspired by a Jordan Brand ad campaign from 1986, the same year that the Air Jordan 2 was first [...] 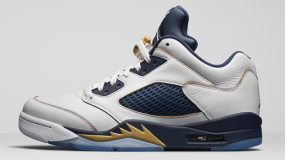 The lowtop Jordan 5 makes a big return in 2016 with this second, new colorway of the year. Called the ‘Dunk From Above’ Air Jordan V Low, the fifth signature sneaker for Michael Jordan was originally designed after a World War II fighter plane and that inspiration translates well into the lowtop version. The official [...]