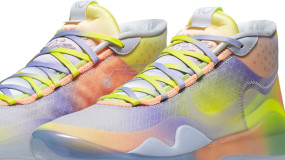 The highly anticipated KD12 EYBL Peach Jams are back in time for the EYBL league ahead of the coveted Nike Peach Jam in Augusta, Georgia. Both of the shoes colorways, ‘Red Orbit Blue Glaze’ and ‘Light Bone’ are getting plenty of buzz and are now available at DICK’S Sporting Goods! The KD 12 NRG EP [...] 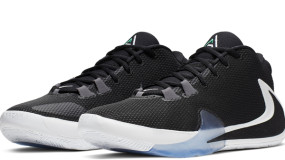 NBA MVP and Milwaukee Bucks star Giannis Antetokounmpo’s first-ever signature shoe, the Nike Air Zoom Freak 1, is now available. Get your freak on in Giannis Antetokounmpo’s debut signature shoe, Nike’s first ever for the international basketball sensation. The Zoom Freak 1 has the extra-responsive cushioning, forefoot lockdown, and multidirectional traction needed to complement his [...] 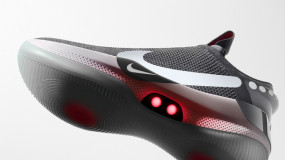 The highly-in demand Nike Adapt BB shoe is back in a new colorway, FUTURE OF THE GAME. Only a select number of pairs are available for purchase online on DICK’S Sporting Goods and at two DICK’S store locations: one in Los Angeles and one in Chicago. The Adapt BB features the innovative Nike E.A.R.L. (Electric [...] 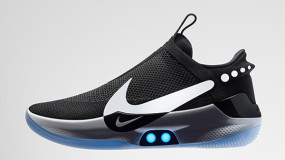 Nike Basketball has taken its first step toward the future with the unveiling of the brand new, power-lacing Adapt BB sneaker. The Nike Adapt BB is the company’s first auto-lacing performance basketball sneaker. Players can select different fit settings on the shoe either through manual touch or by using the Nike Adapt app. You will [...] 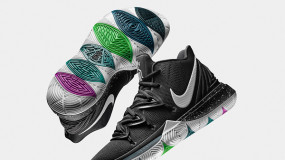 Kyrie Irving’s fifth Nike signature shoe has been officially unveiled, the Kyrie 5. The Nike Kyrie has grown to be one of the most popular basketball shoes on the market by sneaker fanatics. The Kyrie 5 is highlighted by a trio of new design elements, beginning with an articulated forefoot zoom bag that provides responsiveness [...] 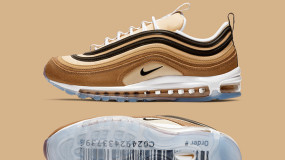 Nike Sportswear continues to expand on one of their most classic sportswear models, their Air Max 97. Typically the Air Max 97 opts for retro colors or a tonal look, but not this time. This time they’ve created a masterpiece, a caramel colored shoe complete with interesting embellishments. Dressed in fall colors, the Nike Air [...] 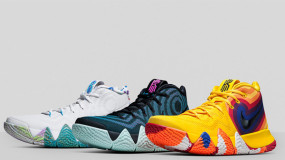 The Nike Kyrie 4 just released in a Cereal Pack, and the multicolor trio silhouette will be dropping in a new 4 Decades Pack next. Made up of the yellow-based 70s, the dizzying iridescent 80s and the marbled-sole 90s colorway, this range represents each era with Nike also making connections to Kyrie’s on and off-court [...] 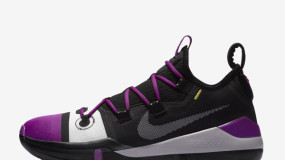 The latest Kobe A.D. has now surfaced in a Los Angeles Lakers color scheme. This release represents a fifth iteration of a Kobe A.D. silhouette. The initial pair, a low top, came out after the Los Angeles Lakers legend retired. Staying true to the Black Mamba’s signature lineup, the model features another low-top cut. This [...] 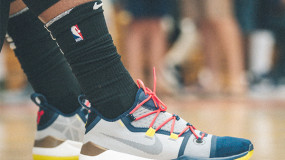 A few days ago the newest member of the San Antonio Spurs, DeMar DeRozan was seen sporting a never-before-seen Nike Basketball. DeRozan took the floor for his Drew League squad in what is being called the newest addition to the Nike Kobe A.D. series, the next model in Kobe Bryant’s signature shoe legacy. It features [...] 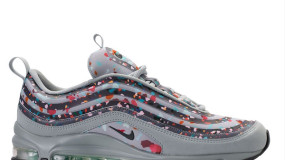 For Spring the Nike Air Max 97 lineup will continue to expand with the addition of colorful and unique prints. Just unveiled is the upcoming ‘Confetti’ edition which is exclusive to women. This Nike Air Max 97 comes dressed in a Light Pumice, Anthracite and Fiberglass color combination. It is highlighted by confetti print on [...]