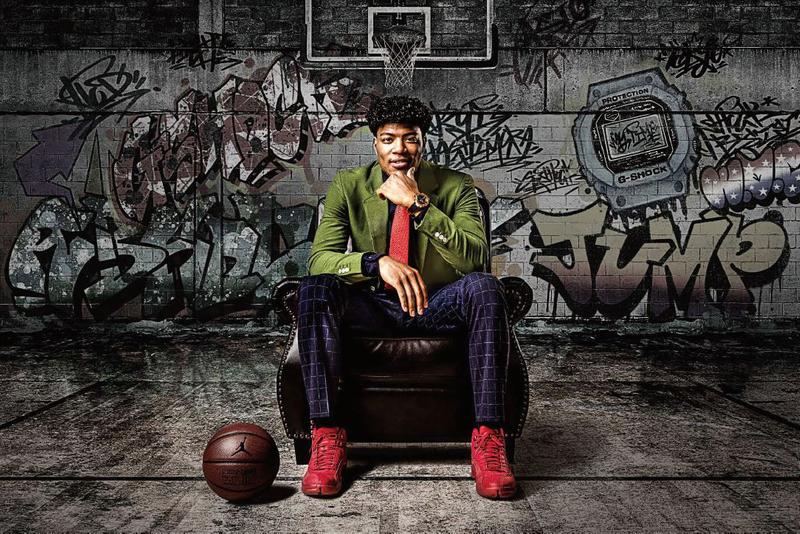 Today, Casio announces the release of the GST-B100RH, the latest G-SHOCK model in collaboration with professional basketball player, Rui Hachimura.

As the second Japanese player to be drafted in the NBA, Hachimura has been an all-star player of team G-SHOCK at the outset of his successful first year with the Washington Wizards. As part of his partnership, he is the first athlete to release a signature model with the brand. Overseeing the design process from start to finish, Hachimura wanted the watch to yield emblematic features including a hachi (8 in Japanese) logo representing his last name and jersey number. 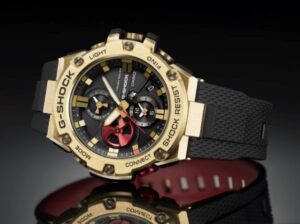 Stemming from the analog chronograph GST-B100 of the venerable G-STEEL series, Hachimura’s signature timepiece boasts a black base color amplified with edgy gold ion planting (IP) to the metal parts as well as bold, red accents applied to the index mark and button pipe at the 8 o’clock position. The Black Samurai logo is on the case back, strap keeper, and case.

Hachimura had this to say about the partnership,” G-SHOCK has come up with an amazing watch that perfectly captures the design I envisioned. It was also cool to see my special “Black Samurai logo” design included on the watch, as it is an important symbol to me.”

The GST-B100RH (MSRP of $480) will be available for purchase end of August at select G-SHOCK retailers, G-SHOCK Soho Store, and gshock.com.

Check back on our social media channels in a couple weeks for an official unboxing by THDKicks and thehoopdoctors.com. 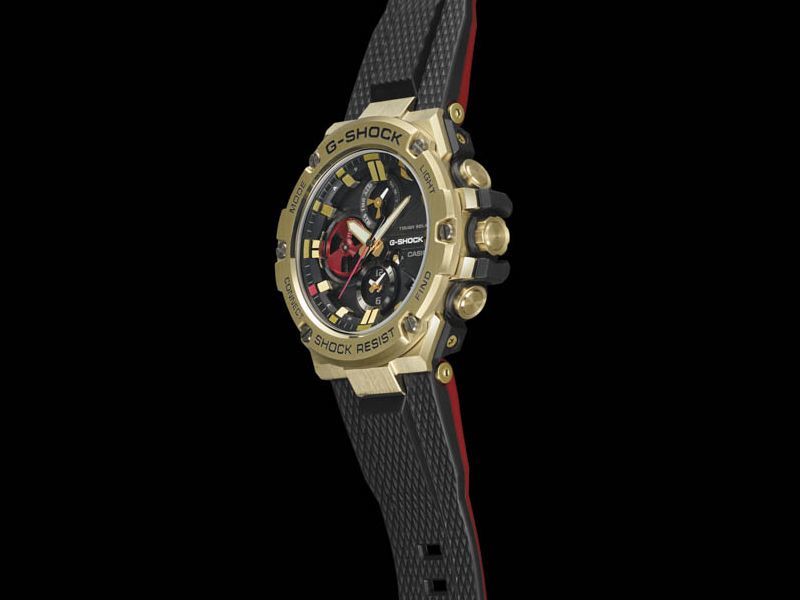