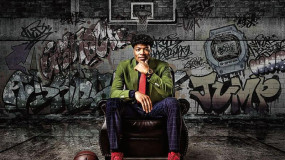 Today, Casio announces the release of the GST-B100RH, the latest G-SHOCK model in collaboration with professional basketball player, Rui Hachimura. As the second Japanese player to be drafted in the NBA, Hachimura has been an all-star player of team G-SHOCK at the outset of his successful first year with the Washington Wizards. As part of [...] 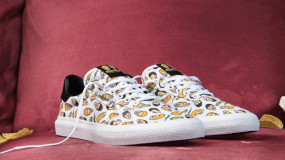 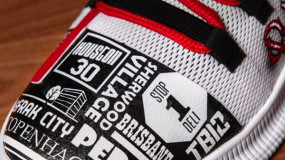 Here’s a look at what Under Armour Basketball athletes wore on-court for the 2019 All-Star weekend and the inspiration behind each custom shoe. 3-POINT CONTEST: Seth Curry’s Curry 6 player exclusive tributes his mother Sonya, sister Sydel. In a fitting return to the Queen city that the Curry’s call home, Seth tasked footwear customizer Mache [...] 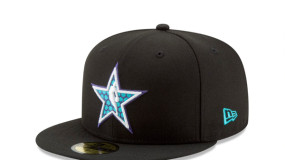 The NBA All-Star Game is taking place on February 17th, and to get in the spirit of the festivities in Charlotte, New Era Cap has unveiled the NBA Authentics: NBA All-Star Series. “Each year, we work to celebrate NBA All-Star Game by using the host city as the design inspiration for the New Era NBA [...] 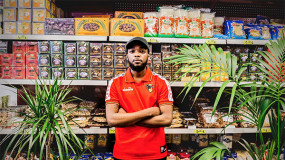 Diadora was the official outfitter of Belgium’s national football team in the 90’s, and Panthers and Diadora have teamed up to collaborate a unique retro football jersey. Inspired by the legends from the past and paying homage to the heroes of today, Panthers and Diadora gave the original Belgian jersey from the USA ’94 World [...] 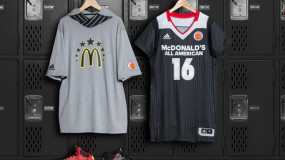 adidas and McDonald’s today debuted the new uniform and footwear collection for players competing during the 39th Annual McDonald’s All American Games at Chicago’s United Center on March 30. The collection brings the latest adidas technology to the nation’s best high school basketball players, including both men’s and women’s jerseys that feature a modernized pinstripe [...] 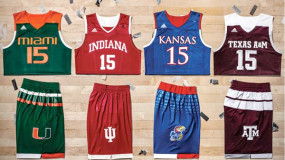 adidas today unveiled new uniforms for nine of its college basketball teams to wear during the 2016 NCAA basketball postseason. The 2016 Made in March uniform collection features design elements that honor each team’s unique identity and school history. Teams suiting up in the school pride basketball uniforms collection include Arizona State University, Indiana University, [...] 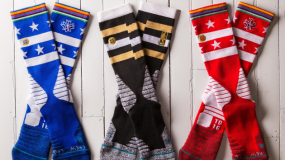 A little over half-way thru the first year as being the official on-court sock of the NBA, brand Stance can already call this partnership a success. Having already done specialty on-court socks for league happenings like Dr. Martin Luther King Jr Day celebration or a specific franchise retiring a player’s jersey number, Stance has already [...] 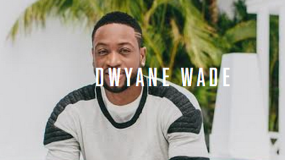 The partnership between Stance and Dwyane Wade continues on with the release of their Fall 2015 collection. Inspired by the art-deco style of architecture seen around Miami & classic stripes, the new Fall 2015 curated by Dwyane Wade for Stance continues to ride the vibrant wave seen since the partnership’s inception. Constructed with combed cotton [...] 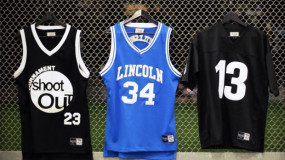 For the past three calendar years, lifestyle retail franchise VILLA has revamped their complete shopping experience by not only including a webstore, but releasing exclusive collaborative sneakers and apparel. In touch with the sneakerhead community, VILLA also knows which personalities to tap for bringing their product in the best light possible. This latest collaboration pairs [...]