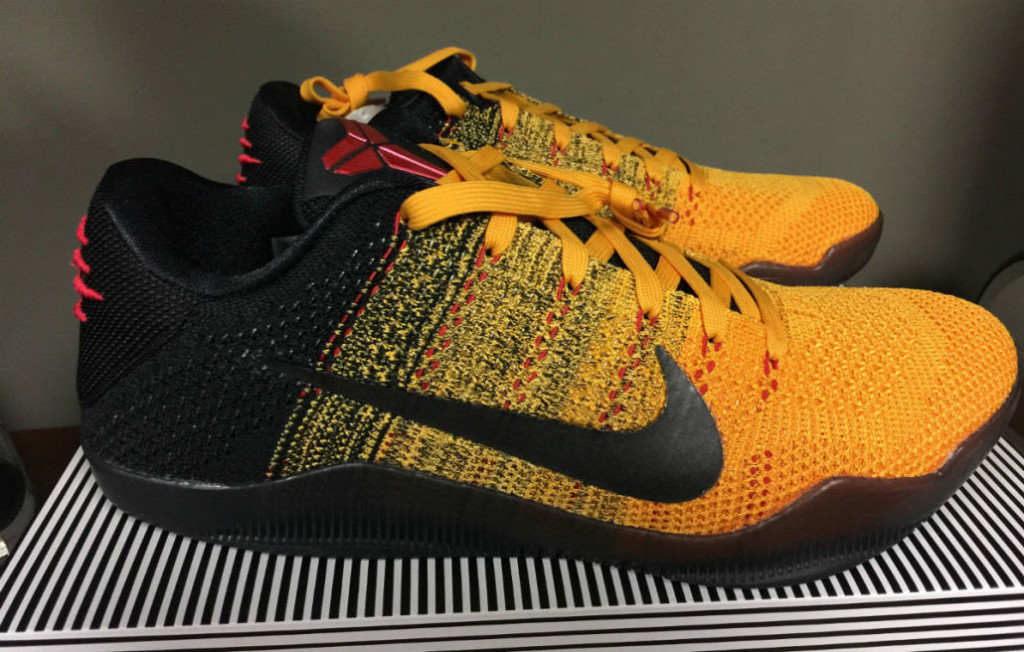 The yellow flyknit is the shoe’s representation of Bruce Lee’s body suit in the film “The Game of Death”. The flyknit gradually turns black as you go from toe to heel.

The four varsity red lines on the heel are said to represent Bruce Lee’s wound in “Enter the Dragon” further adding to the theme of the shoe.

A black tongue, swoosh, and soles also make an appearance on the Kobe 11. Red eyelets and Kobe branding on the tongue add to the aesthetics of the sneaker. 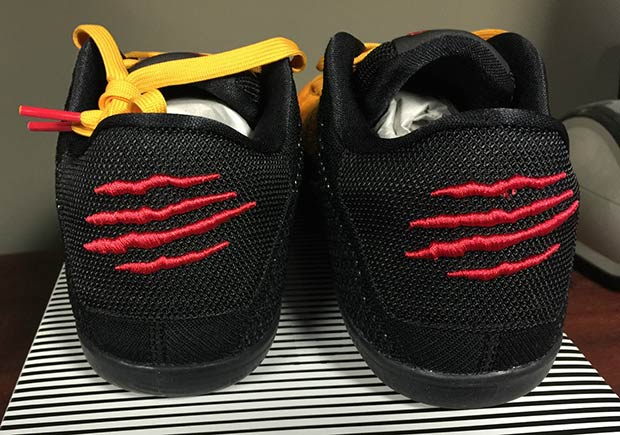 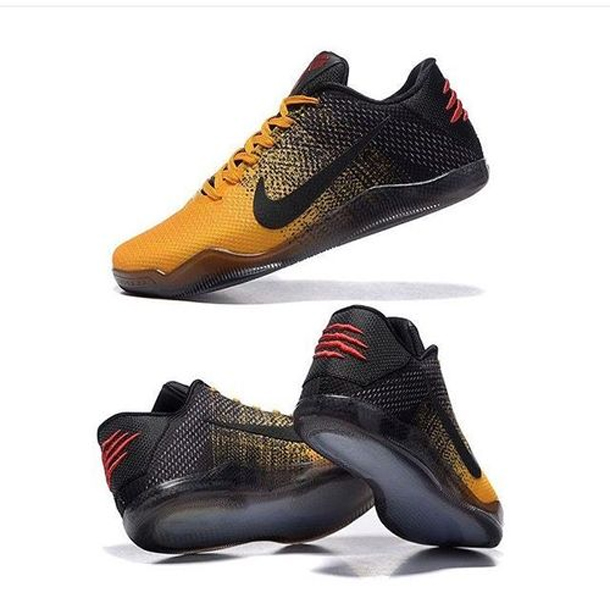 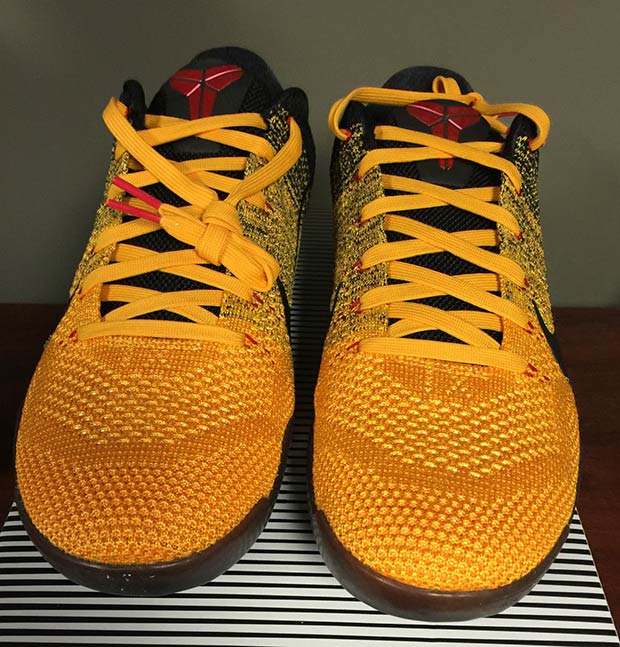