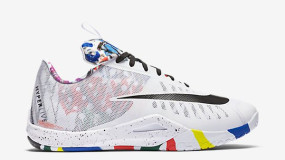 Releasing tomorrow, the Nike Hyperlive “NCS” will debut with a retail price set at $110. Nike basketball will be celebrating March Madness with their Net Collectors Society or NCS theme. The NCS theme pays homage to the tradition of having the winning team cut down the net at the end of the championship game. The [...] 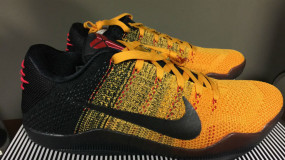 The Kobe 11 – Bruce Lee retails at $200 and is set to hit shelves March 19, 2016. The Bruce Lee version on the Kobe 11 has been inspired by two of Bruce Lee’s movies in particular. The yellow flyknit is the shoe’s representation of Bruce Lee’s body suit in the film “The Game of [...] 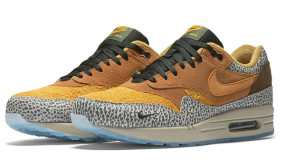 Nike has officially announced that next week they will release the Air Max 1 – Safari edition. Here is what they had to say… Safari print has been around for nearly three decades. Born from the mind of Tinker Hatfield and found on the 1987 Air Safari, the unique print has since appeared everywhere from [...] 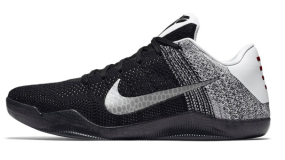 Odee nickname aside, this new Kobe XI colorway is very strong without any gimmicks. Said to be inspired by the celebration of Kobe’s career, the ‘Last Emperor’ Nike Kobe XI is simply a great display of how a gradient design could be used on an entirely Flyknit upper. This updated version of Nike’s proprietary construction [...]