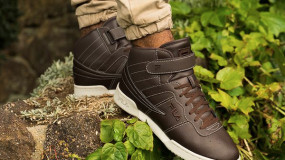 FILA’s Holiday Pack drops today and includes the T-1 Mid Premium, Original Tennis Premium, and two versions of the F-13 TS. The red T-1 Mid Premium is designed in an all-over red suede with tonal stitching. FILA branding appears above the tonal flag and on the back counter, tongue, midsole, and outsole. The T-1 Mid [...] 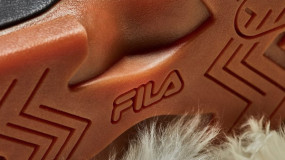 FILA launched the Quilted Premium and Autumn Run footwear packs to kick off December. The pack features two classic FILA silhouettes: the 96 and Mindbender F. FILA’s Quilted Premium pack includes of three versions of the 96, all constructed in a new, quilted design to offer a modern twist. The white and black options were [...] 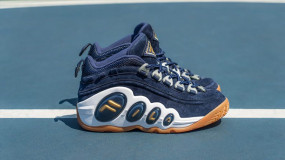 FILA’s new Royal Beginnings Pack consists of three classic silhouettes designed with updated textures, rich hues and featuring metallic gold accents. The first shoe in the pack is the Bubbles, presented in a brand new blue and gold colorway. The Bubbles features four pods bearing “FILA” in a lateral format and in gold, with a [...] 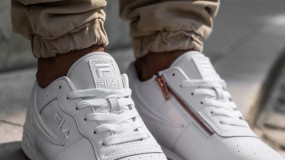 FILA’s Clasp Locker Pack showcases a new zipper feature on three tonal versions of the brand’s Original Fitness and T-1 Mid silhouettes. The Original Fitness is offered in black and white, both designed in a premium leather. The third Original Fitness shoe was created in a tonal red suede. All three styles boast a gum [...] 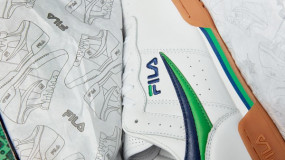 FILA and Salvin Shoes have launched a limited-edition footwear style to coincide with the company’s 90th Anniversary. Salvin’s has been recognized as a Hartford landmark and the shoes are meant to honor the city, while also drawing creative inspiration from the Hartford Whalers, the NHL team that had been based in Hartford, Connecticut. For this [...] 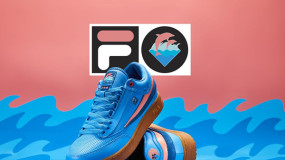 FILA and Pink Dolphin have collaborated on a capsule collection of apparel and footwear, set to release on Friday, October 21. The new items fuse FILA’s classic heritage and Pink Dolphin’s core aesthetic, while adding a contemporary twist. Pieces were designed in a bold, French blue/shell pink/dark blue/black color palette and are dual-branded with the [...] 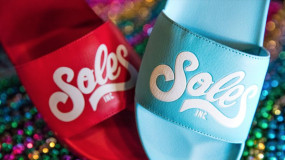 FILA and Miami-based Soles Inc. will release three collaborative footwear styles. Among the featured silhouettes are the Overpass, the Overpass 2.0 and the Drifter, customized with design elements to highlight both brands. In celebration of South Beach, this special slush collaboration is perfect for beach life from pool parties to night clubs. The Soles Inc. [...] 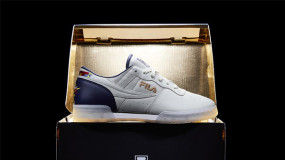 Last night, the “Extraordinary: Stan Lee” tribute honored a true visionary: Marvel legend and pop culture icon, Stan Lee. Hosted by Chris Hardwick, the In Theater Live Event produced by Mission Control Group and Agents of Mayhem and “Powered by FILA,” was held at the Saban Theatre in Beverly Hills, and was streamed live into [...] 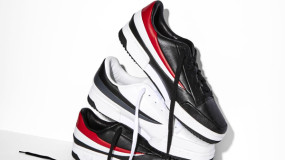 In the latest BNY Sole Series Drop, Barneys New York has teamed up with FILA to launch an exclusive collection of footwear and apparel. The Original Tennis XO Barneys New York footwear was created in two colorways. With the new offerings, the brand brings its sportsstyle influence to the luxury specialty retailer. FILA has dipped [...]

FILA and INSTITUTION 18b Collaborate on T-1 Mid Launch 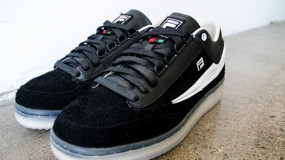 FILA and INSTITUTION 18b have come together to launch a new interpretation of FILA’s T-1 Mid silhouette, one of the brand’s signature styles. When developing the collaborative shoe, both sides were inspired by current happenings in the worlds of art, music and culture, blending those genres together for an impressive design. This FILA x INSTITUTION [...]