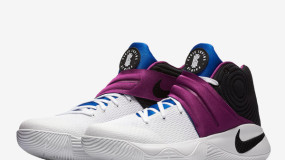 Cleveland Cavs point guard Kyrie Irving debuted his huarache inspired Kyrie 2 PE against the Utah Jazz not too long ago. Many of us were hoping Nike Basketball would be releasing the shoe officially, and it looks like dreams do come true. On June 7, 2016 the Kyrie 2 “Kyrache” willing be dropping at select [...] 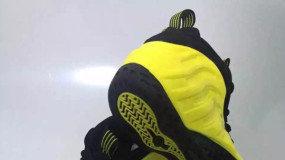 The highly anticipated Nike Air Foamposite One “Wu- Tang” is expected to release some time in June 2016. The “Wu- Tang” is an homage to the Staten Island based group. The shoe is dressed in a solid yellow shell upper, with solid black soles, lace collar, and carbon fiber shank. Yellow accents can be found [...] 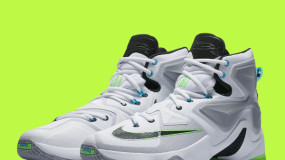 As of late, Nike has been dressing up some of their more recent signature models like classic basketball sneakers from decades ago. This time around, Nike’s LeBron 13 Command Forces has been inspired by a basketball shoe from 1990. The legendary Nike Air Command Force has a classic silhouette, but the colorway has been borrowed [...] 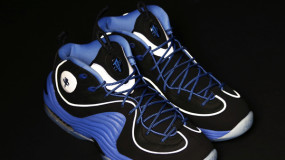 Penny Approved. A Nike Air Penny 2 that was once a sneaker collaboration is now being released to the general public continuing the 20 year anniversary of the silhouette. The retro “Varsity Royal” model drops this Friday April 8th at VILLA stores & RUVILLA.com for $160 (Kids available now). Much like the original version the [...]

A look at the Nike Flyknit Mercurial “Racer Blue” 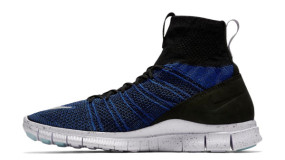 The Nike Flyknit Mercurial “Racer Blue” was originally dispersed worldwide as a GR release in some exciting colorways. The new “racer blue” colorway is similar to Duke with blue, black, and white. The oversized swoosh comes in metallic silver, and it really makes the shoe pop. The shoe has two pull tabs, one in the [...]

Kobe 11 “Draft Day” a Must Cop for Kobe Fans 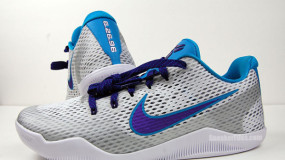 Nike is releasing yet another variation of the Kobe 11 to celebrate Kobe Bryant’s career. With his last game fast approaching, Kobe has been releasing many shoes. Each of the shoes to drop is a unique piece of the puzzle, each shoe has its own history. The Kobe 11 “Draft Day” symbolizes the beginning of [...]

Nike Dunk “Be True to Your School” Pack Release 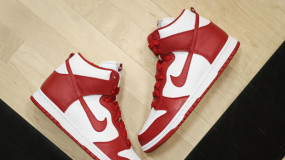 Nike Dunk High QS is releasing two pairs of kicks in the upcoming weeks to add to the “Be true to your school” series. The two pairs of Nike Dunk High will be representing two schools, Kentucky, and St. John’s. The St. John’s version of the shoe comes in varsity blue and white. The Kentucky [...] 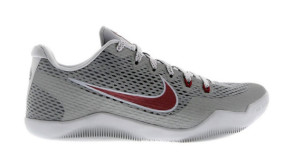 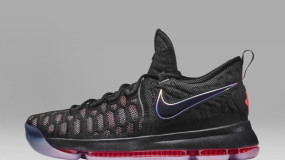 The KD 9 is the perfect example of technology and innovation. Using flyknit and zoom air technology to the fullest, Kevin Durant’s ninth signature shoe puts an emphasis on quality footwear. The flyknit upper comes with a honeycomb structure in the toe box for the multi-directional movement of basketball’s demanding lateral quickness. The advanced air [...] 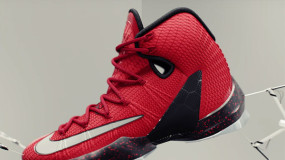 The Nike LeBron 13 has had an upgrade in technology and therefore performance. The advancements in the technology of the Nike LeBron 13 Elite came in the way of a durable kurim cage upper, carbon fiber shank, full length bootie, leather toecap, and two additional hexagonal zoom air sole units. this makes a new total [...]