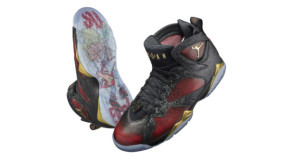 This year 10-year old Damien Phillips was chosen to design the Air Jordan 7 Doernbecher. Damian is fighting through a hemophilia diagnosis. He showed courage at hemophilia camp, where he was awarded the Big Stick Award after learning to administer his own infusions. Damian was excited when he found out he was given the Air [...] 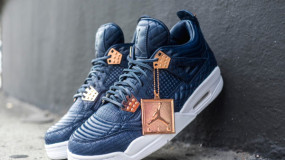 A premium rendition of the Air Jordan 4 silhouette will be offered in Obsidian. This iteration of the AJ 4 boasts a luxurious profile. Quilted leather appears across its entire upper, in addition to the decorative copper accents. The copper hits are featured on the studded heel tab, eye stays and custom hang tag. Finally, [...] 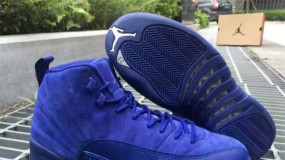 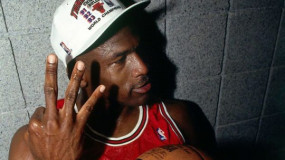 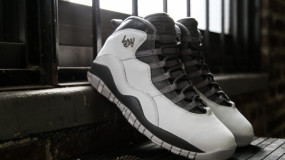 The Air Jordan 10 London is the newest addition to the City Pack Collection. A few other cities from around the country and world have already gotten their Air Jordan 10 this year, and the city of London is finally getting theirs. The shoe features a light and dark grey color scheme. The light covers [...] 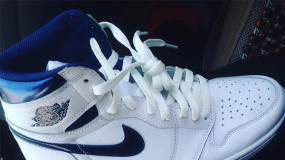 Jordan Brand has neglected to re-release the Air Jordan 1 High in metallic navy for thirty years. This shoe is considered to be OG because it was originally released back in 1985. The shoe will look as it did so many years ago in this simple colorway, staying true to its form. The Air Jordan [...] 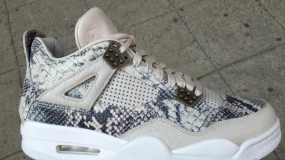 The Air Jordan 4 RPM Snakeskin will be a part of a premium collection that Jordan Brand will be releasing this year. The shoe comes in a faux snakeskin upper in a white, pure platinum, and wolf grey colorway. Light bone premium tumbled leather can be found on the overlays, wings, and tongue. A tonal [...]

The Air Jordan City Pack Takes a Trip to Rio 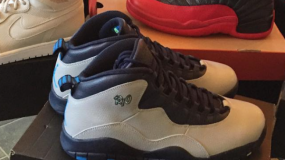 The Air Jordan City Pack takes a trip to Rio de Janeiro, Brazil in time for the 2016 Olympics. This overseas inspired release draws a bit of its color scheme from the brazilian flag in a similar manner to the Air Jordan 10 “Chicago”. The Air Jordan 10 “Rio” features a wolf grey and obsidian [...] 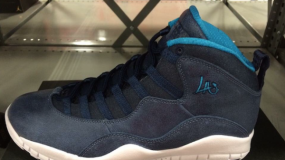 Los Angeles will be part of the state side City Pack along with New York, Chicago, and Charlotte. The LA version, like the others, draws its inspiration from a part of the city. While Charlotte gets its colorway from the Charlotte Hornets, the LA edition was inspired by the LA Dodgers. The shoe comes in [...]