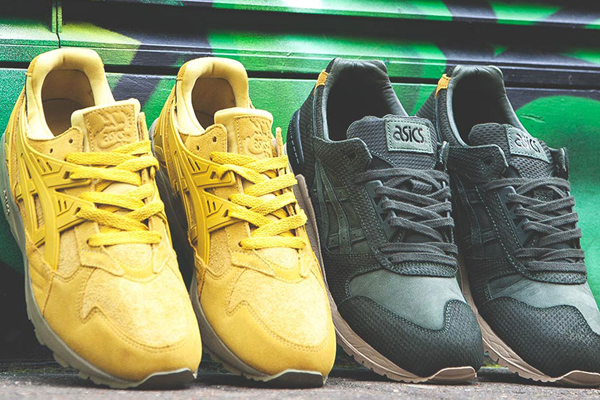 The Tanabata summer festival celebrated across Japan is the source of inspiration for this eye-catching version of the classic runner.

As per Asics, the Tanabata is about the Japanese legend of forbidden love.

This is the story of a beautiful weaver princess named Orihime, who lived high up in the skies. She was the daughter of the Heaven God and everyday she would diligently weave cloth for her father. Soon her father began to worry that she was working too hard, so he decided to introduce her to a young cow herder named Hikoboshi. The two of them immediately fell in love, and in their lovesick state they forgot all about their duties. The cows became ill and the cloth remained unwoven. Angry, the Heaven God decided to separate the two using the The Milky Way, so that they were no longer allowed to see one another except for once a year, on the seventh day of the seventh month, unless it rained. In that case the river would flood and the two would not be able to see each other. If their wish came true and they met, then everyone who made a wish on that day would also have their wishes come true.

This pack consists of the Gel Respector which features a textured and smooth leather upper in green and the Gel Kayano Trainer which is covered in a bright yellow suede.

The GEL-Respector has a premium nubuck upper with a unique texture in dark green and a sandy tan sole. On the interior, an insole graphic depicts one of the large streamers that decorate a Tanabata festival.

The Gel Kayano is made of yellow suede with tonal detailing up top, all contrasted with a few touches of dark green and completed with olive green midsoles and outsoles.

Both pairs will be arriving at select Asics accounts overseas beginning July 7th. No word on yet on US release. 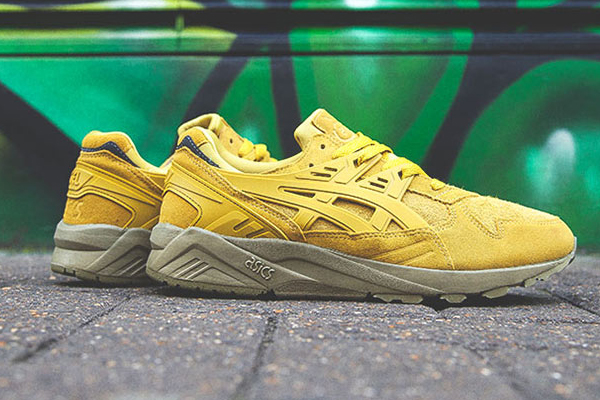 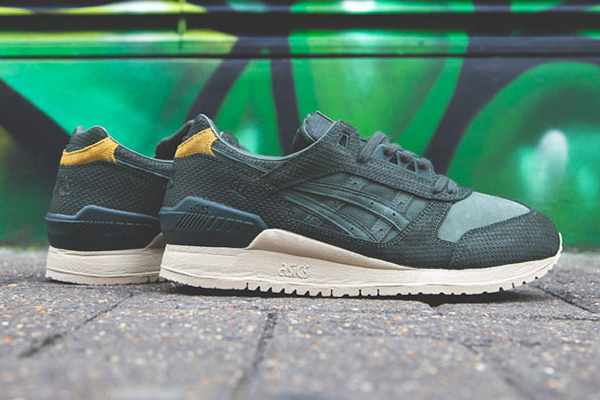 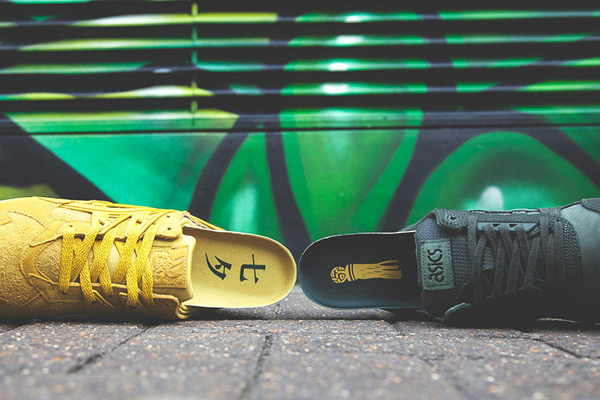